Doogee S95 Pro review, avoid this phone like the plague


Being a fan of rugged smartphones, I was interested in the Doogee S95 Pro. But I quickly became disillusioned. Many aspects of the phone mean that you should not buy it.

The Doogee S95 Pro promised us lot of things with its extraordinary specs. Smartphone manufacturers no longer know what to invent. They have grown more and more on the processor, RAM and storage. The latest fad from high-end smartphones is to offer insane cameras up to 100 megapixels. Brands like Doogee do it differently, preferring to rely on robustness. But let’s say it often ends in more marketing than real good products.

Features of the Doogee S95 Pro 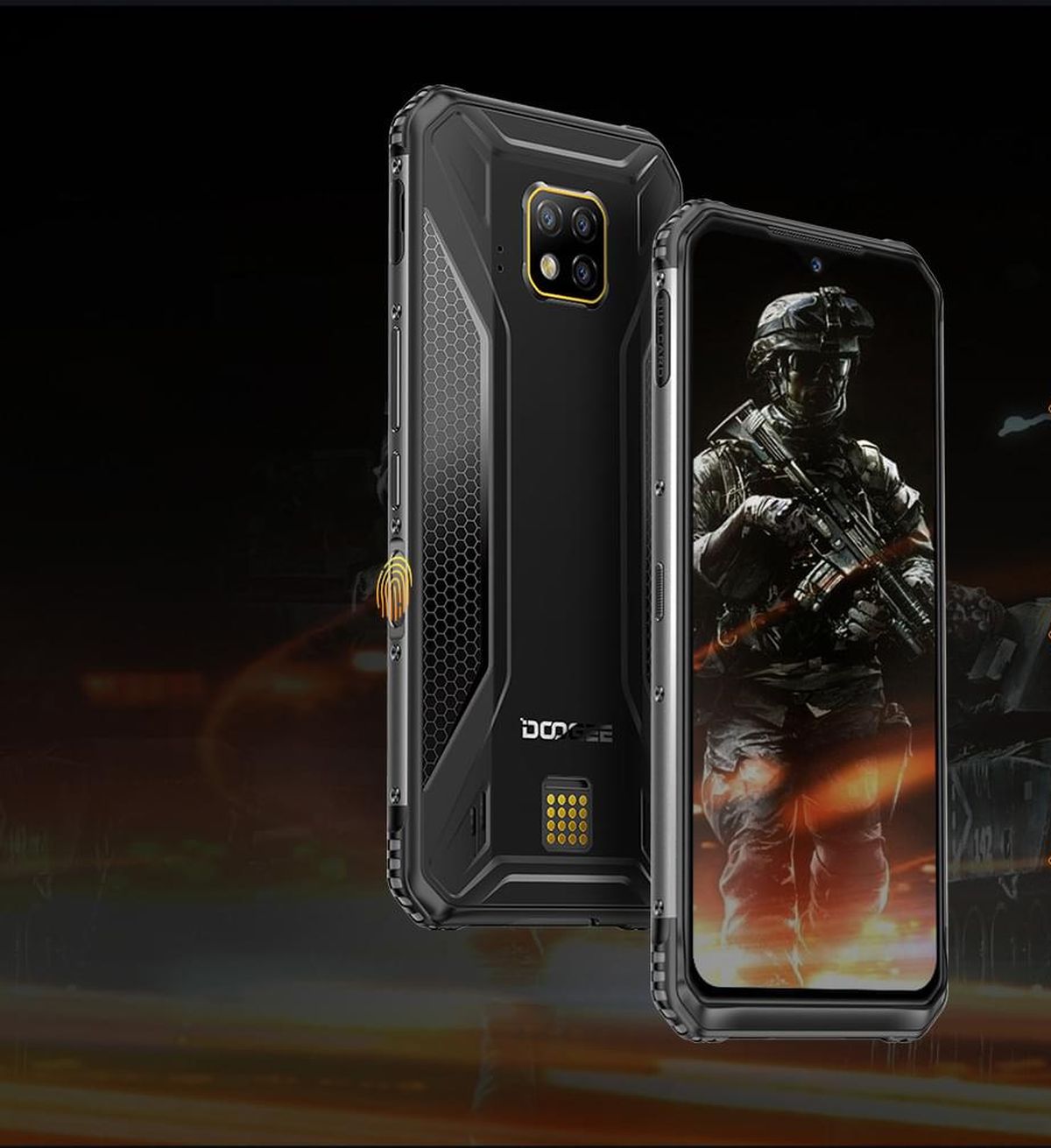 In appearance, the Doogee S95 Pro has it all. A swift Helio P90 processor with 8 GB of RAM for 128 GB of storage. On the camera, we have 48 megapixels with the Sony IMX582 sensor. On the Selfie, we are more than good with a 16 megapixel camera. In autonomy, the Smartphone offer a large battery of 5150 mAh and which supports wireless charging. For the price, depending on the accessories, it is around 473 to 500 dollars (on the official store on Aliexpress).

The cameras on the back do a remarkable job for the Macro (but not too much either). We have the wide angle with very detailed photos whatever the lighting conditions. And we find marketing bludgeoning with artificial intelligence, to automatically configure all your settings. Ultimately, it becomes tiresome that all manufacturers put AI when they are just automatic algorithms.

The Doogee S95 Pro is an attempt to break into the high end. By wanting to compete with brands like Huawei or Xiaomi which are the kings of this sector. But let’s say it breaks along the way. Because of a total lack of coherence on the design.

Rugged, but it must also hold his promises

The technical characteristics never indicate the performance of a Smartphone. Because in this game, we can go on an Umidigi Power 3 which is worth less than 200 dollars or the Vivo V15 Pro. It’s the real performance that counts and in the case of the Doogee S95 Pro, it’s the Rugged aspect that makes all the difference. This is his main selling point. There are two brands fighting in this sector, Doogee and Ulefone. Unfortunately, the S95 Pro does not live up to its promise. To be transparent, I don’t have it. I hesitated between the Ulefone Armor 7 and the S95 Pro, because I am looking for a phone that can withstand many knocks.

But a friend bought the Doogee and I was able to test it for a few days. The first thing is that the screen is not that readable. Most screens, even in the low-end model, have a treatment that prevents fingerprints from staining. And on the S95, I don’t know what they did, but taints appear very quickly. 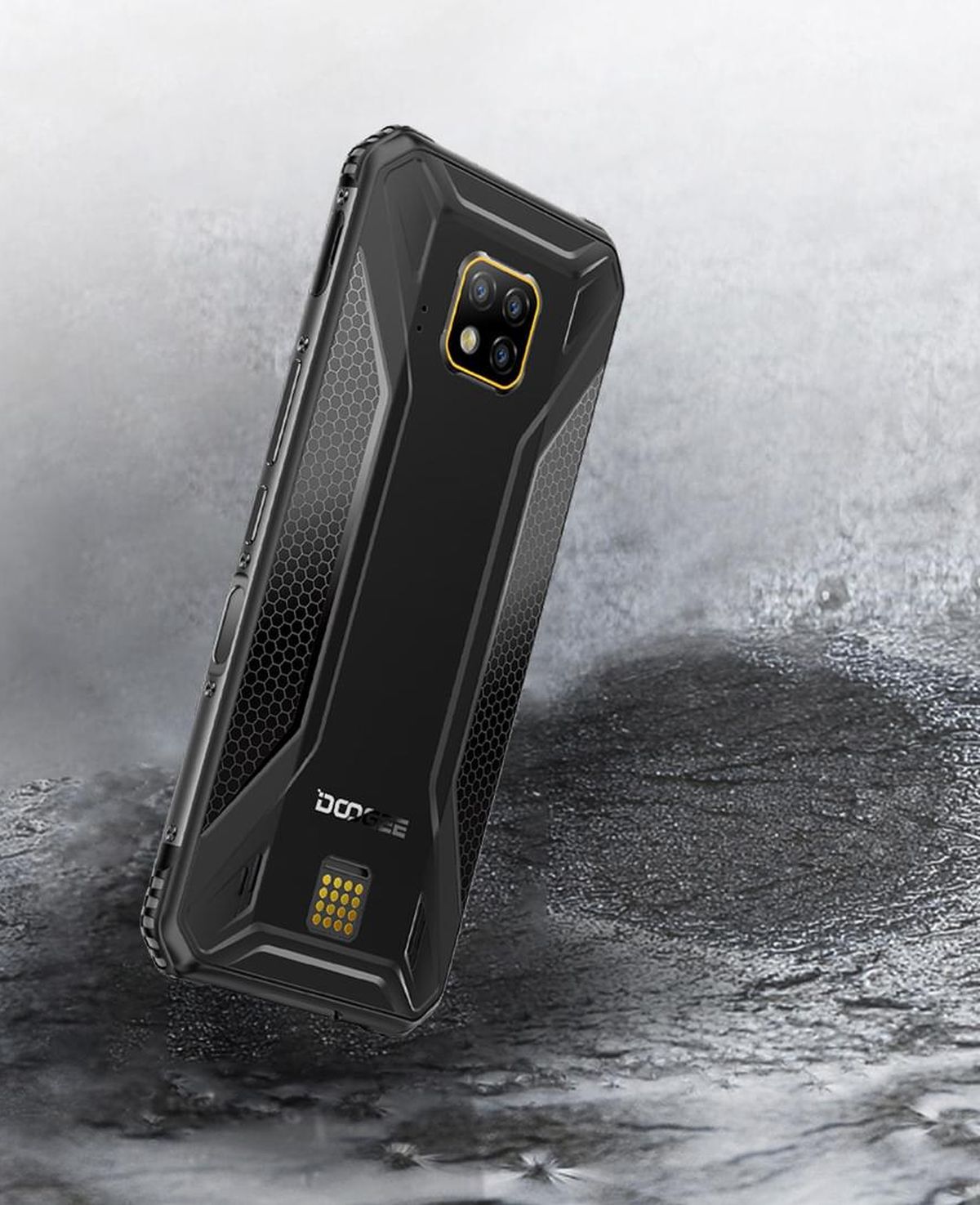 Then on the waterproofing. The Doogee S95 Pro is certified to the IP68 standard. Depending on the brand, it can dive up to 3 meters for 4 hours. It held up without any problems in the rain. But a few days later, I noticed application slowdowns and regular crashes. No doubt indicating that a few drops had entered the circuit. Besides waterproofing, there is robustness. Doogee tells us that he can survive 1000 falls from 2 meters. Well, since it was not my smartphone, I did not take the risk. I dropped it a few times and it holds up pretty well.

And this is the problem of these Rugged things promoted by these manufacturers. This is because all the tests are done under controlled laboratory conditions. There are very few field tests. And for a true IP68 standard, it is absolutely necessary to test it in real conditions. 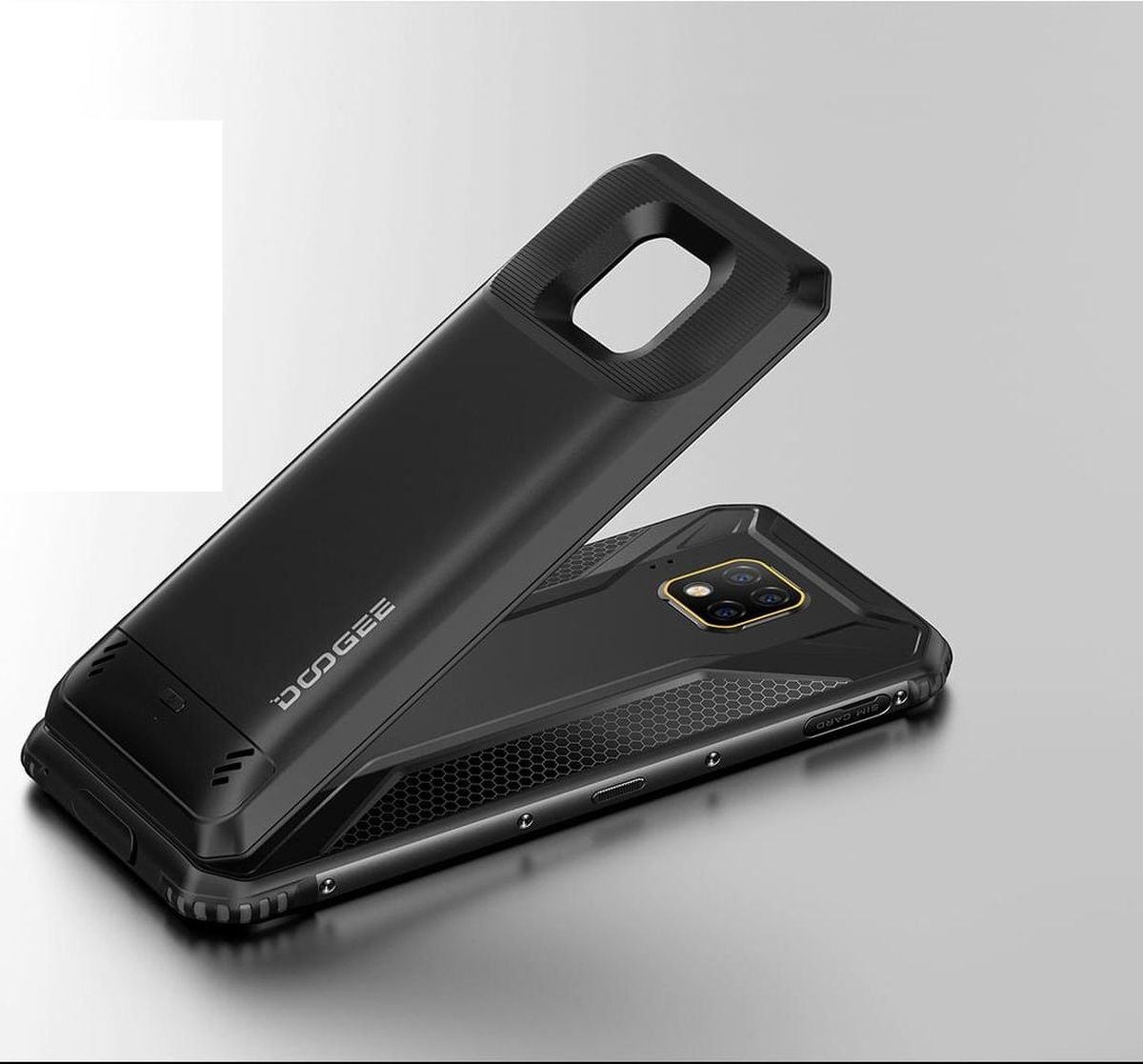 But it is not for the Rugged part that I do not recommend the Doogee S95 Pro. Because it is what it is and it is quite solid. But I was hallucinated by the slowness of the system. It puts hours to load. Switching between applications is always a few milliseconds. But it was mainly the photo that made me mad. On quality, it is impeccable. The Sony sensor does its job and to be honest, it’s hard to miss an image. But since we have 48 megapixels, we can end up with very heavy images. And that’s where it gets stuck.

The Doogee S95 Pro just can’t handle a lot of information at the same time. I use my smartphone for a lot of things. But not the games. For beefy things, it is especially the incessant consumption of Youtube. And after watching 4 hours of video with the Doogee S95 Pro, the phone was tremendously slow. It looks like it has been poorly optimized in terms of software and that a single application was eating everything.

I can be told that it is the fault of Android and my browser (I use UC Browser). But no, all my phones are Android and I consume as many videos on each of them. Sometimes I’m slow, but it was pretty terrible on the S95 Pro. I have searched the net and there are other users who report this problem.

I do not recommend the Doogee S95 Pro … at this price 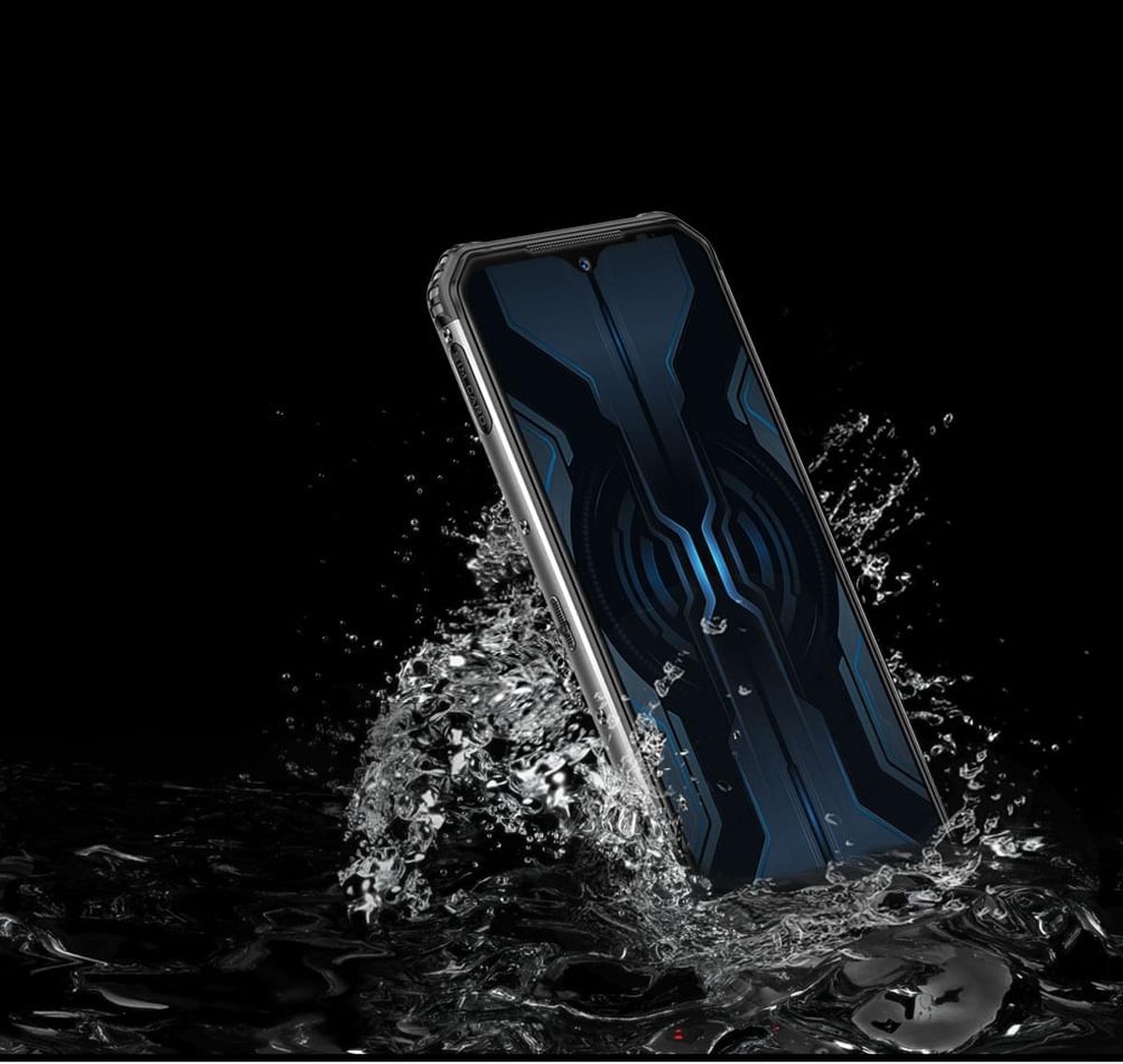 The Doogee S95 Pro is a good Smartphone … overall. Its specs are rather high-end. But when I am offered a Smartphone over $ 450, then I don’t want to have any problems. I pay this price for having a working phone in the first few minutes. For its characteristics and its rugged parts, the S95 Pro can hold up. But the slowness of the system made my back cold.

At first I thought my friend had had it for a very long time. In fact no, he had bought it for 3 weeks. And it’s not an old model. Because it was released in October 2019. My hypothesis is that there is a Batch of the Doogee S95 Pro which has messed up its quality control of the system. Because other people have never had a problem. If you want to buy it, then make sure it is part of new batches. And also check with the seller if he offers a good after-sales service and an exchange if yours is as crappy as mine. But I think I turn to the Ulefone Armor 7, because despite its shortcomings, it does not suffer from any quality problem.

Being a fan of rugged smartphones, I was interested in the Doogee S95 Pro. But I quickly became disillusioned. Many aspects of the phone mean that you should not buy it.