Disney Dreamlight Valley – How To Unlock All Characters 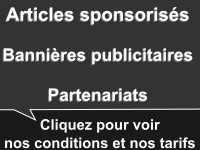 Merlin from The Sword in the Stone is the first character you will meet after beginning Disney Dreamlight Valley. The wizard is available from the moment you start the game.

Wall-E, the lovable Pixar robot, can be invited to the Valley by entering his realm once you unlock the Magic Castle. It costs Dreamlight to enter his realm. After meeting Wall-E, you will need to complete a quest for him, which involves cleaning up garbage cubes, planting some plants, and acquiring some knick-knacks for him. After placing his home, he will move to the Valley.

Moana can be found in her realm, which is unlocked by spending Dreamlight. On Moana’s island, you will need to collect some items around the area to help Moana repair her ship. Together, you will need to search nearby areas on her ship to find a good fishing spot for her village. After finding a good fishing spot, Moana can be brought to the Valley by placing her house in the Valley, preferably on the beach.

Maui can also be found in Moana’s realm. Maui cannot be invited to the island until after Moana has already relocated. You will need to bring him a couple specific dishes that Moana tells you that Maui enjoys. After bringing him the dishes and clearing out some of the blue-green shells on the island. After completing these tasks, he will ask you to place his home in the Valley–more specifically, directly in the ocean.

Remy can be unlocked by heading into the Magic Castle and heading to the Ratatouille realm. Remy will tell you that he is too busy with his restaurant to come to the Valley, but if you help him out, he will go. You will be tasked with making the dishes for a three-course meal. Remy will give you two meal options for each course and verbally tell you what ingredients to use for each dish. If you are struggling, check out our full recipe guide. To complete the quest you will need to make Ratatouille for the critic, just like in the movie.

Remy does not give you the recipe for Ratatouille, which you can see in our guide if you are struggling to complete the dish. After that you just need to set up Remy’s home somewhere in the Valley and he will move in.

In order to unlock Ariel and Prince Eric, you will first need to complete “The Mysterious Wreck” quest for Goofy. This quest can be started once you have unlocked Dazzle Beach. Head to the small island in the southeastern part of Dazzle Beach. The island appears to be separated by water, but it’s shallow enough for you to walk across. On the southern part of the island there is a shipwreck and you can find an oar in the area. Finding the oar will start the quest. After speaking with Goofy he will task you with repairing the ship, which requires 30 Hardwood, seven Rope, 25 Clay, and 10 Iron Ingots. Craft the ship, repair it and speak with Goofy to repair the ship.

Once fixed, use the ship to travel to a different island where you will find Ariel in the water off the beach. Ariel will tell you that she can’t return to the Valley because she can’t sense which way it is because it doesn’t feel like home. Return to the Valley and build Ariel a home on the beach, at which point she will move to the Valley.

After getting Ariel back in the Valley and reaching friendship level three with her, she will tell you that she has been having trouble locating Prince Eric because everybody has forgotten him. She tasks you with speaking to Merlin, Maui, and Kristoff to find out more information. The quest might pan out differently depending on who you speak with first. I spoke with Kristoff, who had me grab some records from his home. These indicated that Eric was in a shipwreck, so Kristoff has you go fish for clues near the small island where you repaired the ship.

Look for a gold fishing spot and fish for a sculpture head and return to Ariel with it. She will have you return to Kristoff to try and find the other pieces of the statue. You will need to grab one statue piece from Kirstoff’s home and ask Donald Duck about the other pieces. He will tell you one is buried near water in the Glade of Trust and that Scrooge has the others. Scrooge will want five Peridots in exchange for the statue piece.

After acquiring both of those statue pieces, talk to Ariel. She will give you superglue and you

can repair the statue at a crafting bench. Once assembled, place the statue near the staircase connecting the Peaceful Meadow and Dazzle Beach. This will drop a memory, showing Ursula and Prince Eric talking. Talk to Ariel and that will complete this part of the quest.

Once that is complete you will need to reach the max level of friendship with Ursula. Since she can’t assist with tasks, you will need to give her gifts to reach this level. The daily favorite gifts offer the most, but flowers give a consistent amount, although it’s fairly low. Once you reach level 10, Ursula asks you to head to the Forgotten Lands and retrieve the Dark Crystal from the ruins there. Grab it and return it to Ursula.

You will need to find three more of these Dark Crystals. The first one can be found in the northeastern corner of the Frosted Heights. The second one can be found in the Sunlit Plateau on the western side near the pond. If you have not cleared the bridges, this area can be reached via the Forgotten Lands. The third can be found in the Glade of Trust, near the front of Mother Gothel’s house. Head back to the Forgotten Lands and place all four crystals on the pedestals in the northern part of the area. A new crystal will appear to the south of the pedestals, pick it up and return to Ursula.

Ursula will give you Poor Unfortunate Eric and tell you to fix him yourself, which kicks off Prince Eric’s quest. Head to Ariel, who sends you to Merlin to find a solution. From here, Merlin has you build Prince Eric’s castle, search it for a personal item, and have Ariel kiss Prince Eric to return him to normal. Once complete, Prince Eric will enter the village via the wishing well in the Plaza.

Ursula can be unlocked by heading to Dazzle Beach, the southernmost biome in the Valley. Once open, Merlin will task you with restoring the orb to its pillar in the area, to fight off the Forgettening. This will have you enter a nearby cave where you meet Ursula. Ursula isn’t unlocked however until you get the orb and return to the pillar.

In order to do this, you will need to retrieve the orb from another cave nearby, which requires you to solve three riddles in the “With Great Power…” quest. If you are struggling to complete the riddles, check out GameSpot’s guide for the “With Great Power…” quest. Once the quest is complete and the pillar restored, Ursula will be free from the cave.

After that you will need to assist Elsa in calming the wind spirit by crafting three windchimes to place on trees in the realm. After placing the windchimes, the spirits will relax and Anna agrees to move to the Valley.

In order to get Elsa to move to the Valley you will need to complete Anna’s first quest once she moves to the Valley. Anna will want to inspect a nearby ice cavern as a potential home for Elsa, but there are wooden stumps blocking the path. You will need to upgrade your shovel to clear these stumps, which requires 10 Softwood, four Hardwood, four Iron Ingots, and three Tinkering Parts. Once collected you will craft the upgrade at a crafting bench and use it to upgrade the shovel.

Using the shovel in the Forest of Valor, clear a path to the Ice Cavern. You will need to take a picture of it and Anna will write a letter to Elsa for you to deliver. Return to the Frozen Realm and deliver the letter, which will prompt Elsa to move to the Valley.

Mother Gothel can be found in the Glade of Trust, a swamp-like biome in the southwestern part of the Valley. In the center of the Glade of Trust is a large tree, which is also Mother Gothel’s house. Head inside and speak with her. She will reveal that she used dark magic to create a spell to trap someone inside their home and it backfired, trapping her in her home. Since you entered her home, you let the magic out.

This unlocks Mother Gothel as a character in the Valley, although her magic will lock some characters in their homes temporarily, until you continue on and finish her quest.

Donald Duck can be found in the Forest of Valor. Specifically, Donald is inside the Dark Grove, which can be traveled to via the portal near Kristoff as part of the main quest in this area. After entering the portal, you will need to speak with Merlin for a solution to save Donald.

You will combine four dream shards, two emeralds, Donald’s Feather, and a plant from the Dark Grove. This creates an Enchanted Feather. Return to the Dark Grove and follow the feather as it floats. You need to follow it perfectly and if you take a wrong turn, you will need to start from scratch. You will find Donald at the end of the Dark Grove and return him to the Valley.

Goofy is already living in the Valley at the start of the game, but you will need to progress through the tutorial a bit before you meet him. Late in the tutorial you will unlock the Peaceful Meadow, where Goofy’s first stall and house is located. After opening this area, you will meet Goofy and be tasked with repairing his stall by paying Scrooge.

Mickey Mouse is in the Valley from the start. To meet Mickey, all you need to do is clear the Night Thorns from in front of his home. Once cleared, head inside and you can meet the iconic mouse.

Unlocking Minnie Mouse will require you to level up your friendship with Mickey and complete several of his quests. While Mickey will give you several tasks before she is unlocked, Minnie is unlocked during the “Memory Magnification” quest, which is unlocked at friendship level 8 with Mickey. The basic story is that Minnie is still present in the village, but she has been forgotten. This results in her wandering the village as an ethereal being.

The “Memory Magnification” quest will require you to collect an Emerald, two pieces of Hardwood, and six Tinkering Parts, which you will combine with Minnie’s Bow to create the Dreamlight Magnifier. This will stabilize Minnie briefly, at which point she says she needs an anchor in the Valley, which is her house. Talk to Mickey, who gives you the plans. Place them in the Village and pay Scrooge 5,000 Coins to build the house. This returns Minnie to the Valley, unlocking her and her friendship.

Scrooge is also living in the Valley from the very beginning. He can be found standing outside his closed store early in the game. You will need to assist him in reopening his store by making some coins by selling items to Goofy.

GameSpot may get a commission from retail offers.

The products discussed here were independently chosen by our editors.
GameSpot may get a share of the revenue if you buy anything featured on our site.