With the Umidigi A3S, Umidigi offers us one of the cheapest phones on the market with features, bordering on the mid-range category.

The Umidigi A3S is still breaking prices to allow us to have a good phone without paying a fortune. The Umidigi brand had already caught our eye with its Power 3 for less than $ 200 while incorporating a 48-megapixel camera. This time, Umidigi A3S is an entry level smartphone, but one that allows you to surf and take pictures in excellent conditions. The brand has removed all the superfluous while keeping the essentials. The price ? About 60 dollars on Aliexpress (not including delivery and other obviously). At one time, you couldn’t even buy a Wiko for that price. But what’s under the hood?

What is the difference between Umidigi A3S and Umidigi A3X?

Umidigi has released two variants of the A3 with the A3S and A3X. We have a price difference of 20 dollars with the Umidigi A3X which costs around 80 dollars. Which is even more than correct. The main differences between the A3S and the A3X are in terms of RAM, battery life and screen resolution. With the Umidigi A3X, we go to 3 GB of RAM, but the battery life drops to 3300 mAH. Yes, it’s a little weird.

The features of the Umidigi A3S

First we have the dual camera on the back, combining 16 and 5 megapixels. It’s not monstrous, but for the price, we have excellent quality images. Like other brands, Umidigi swings AI to all the sauces to pretend that there is a magic picture in one click. But these are still good sensors. The front camera is 13 megapixels which is more than enough to take very good selfies. In our extreme narcissistic world, we never have enough pixels to show that we are a hottie or charming prince. 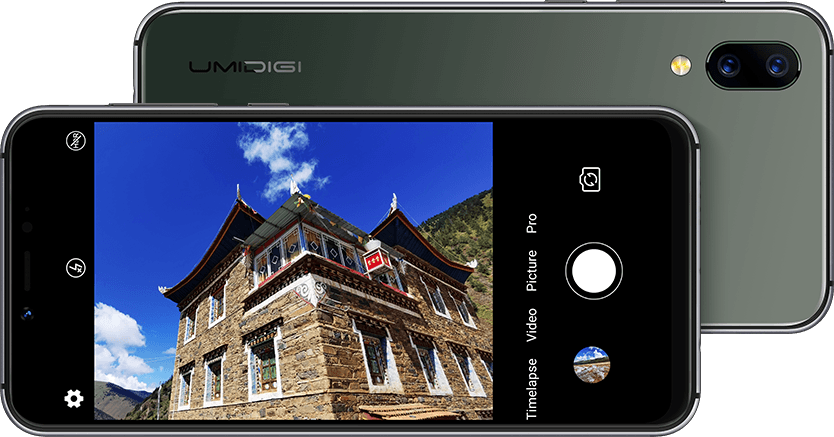 The battery is plump with 3950 mAh and the brand claims a 2-day autonomy with its processor. For the latter, we have Mediatek MT6761 which is engraved in 12 nm, clocked at 2 Ghz. This engraving is important because it saves energy. And that it also announces the processors of TSMC (the founder who supplies Ryzen AMD) for the mobile. This will give us more powerful, more economical and basically cheaper processors.

It’s a more marketing option than anything else, but the Umidigi A3S offers glass on both sides. It is strong enough to hold the shock, but I would be surprised if it could withstand a fall. And above all, even if it’s very fashionable, these things get dirty with a click.

One thing that we like about the Umidigi A3S is that it runs on Android 10 which is the latest version, which focuses on autonomy and security. For a phone under 60 dollars, having an Android 10 is really appreciated. The storage is 16 GB which you can expand up to 256 GB with an SD card. And we have the usual compatibility with 4G and dual Micro-SIM.

This is a trend that is loved by chinese manufacturers. They put facial and fingerprint recognition in all their models. And the Umidigi A3S is no exception. How good are these things in an entry-level model. It’s not very good.

The fingerprint has not been recognized every second time and let’s say you have your head in the ass in the morning when you get up, the phone will tell you to go fuck yourself. But we also had this disastrous facial recognition on a phone that costs more than 400 dollars. It’s facial recognition technology that hasn’t worked out yet. But again, it works and you have to insist several times.

With the Umidigi A3S and its A3X variant, Umidigi continues to gain market share by focusing on price reduction. And it seems to be working since orders are pouring in while the phone is only available since December 2019. In the end, its technical characteristics remain average, but this model strengthens the APN and the autonomy and by focusing on a more than affordable price.

With an entry price of $ 60 and $ 80, Umidigi is in the same range as the late Wiko at one time. Its long-term reliability is worth the price. That is to say that you will be lied to if this type of model has components that will last more than a few years. But the price makes it easy to replace it without spending hundreds of dollars.