The Ulefone Armor 7 shows that the brand, a follower of rugged phones, is no exception to tradition.

The Ulefone Armor 7 is designed to survive in the most extreme conditions. Ulefone is a Chinese company that wanted to stand out in resistant and rugged phones. In most cases, its phones are shock, dust and waterproof. But with the Ulefone Armor 7, the brand offers us cameras that are in high-end range without forgetting all the technical features to make it a superb phone. This phone is offered at a price around 400 dollars on sites like AliExpress.

The features of the Ulefone Armor 7

The Ulefone Armor 7 has a Helio P90 processor which is starting to become widespread among all Chinese manufacturers. Manufactured by Mediatek and launched in 2018, this processor embeds artificial intelligence technology, optimized for image processing. This is why, all the recent chinese smartphones become gifted of photography, because we have AI with all sauces. AI is just a marketing term for presets for better images.

An IP68 and IP69K smartphone

Ulefone has exploited the niche of rugged and very resistant telephones. Its target audience is workers in construction sites, in oil platforms, in the construction industry, but also those who practice extreme sports. Other brands are also starting to strengthen their phones to reach the IP67 standard, but the Ulefone Armor 7 with its IP68 standard goes further. 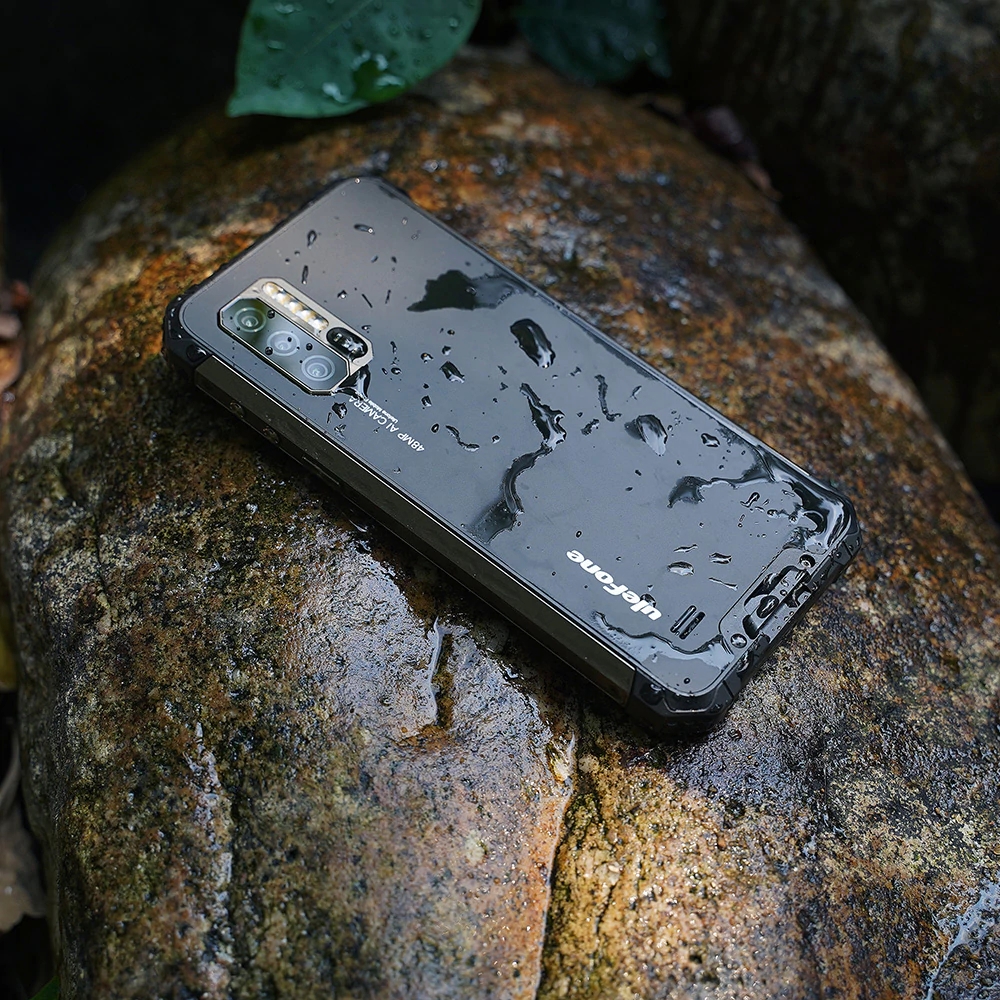 In this standard, the first number indicates the protection against solid bodies and the second indicates the level of tightness. This ranges from 0 to 6 for protection against solid bodies and from 0 to 9K for waterproofing. It is not known why Ulefone needs to specify IP68 and IP69K, because if you have passed the IP69K standard, it must be automatically IP68.

In our case and according to the brand, the Ulefone Armor 7 is protected against dust of any size. So there is no risk that the internal circuits become dirty. Then, the IP68 standard indicates that this phone can withstand prolonged immersion, but it is not known for how long. And the IP69K standard is one level above since it indicates protection against high pressure. For example, steam jets or high pressure cleaning.

However, Ulefone like all brands test their phones in laboratory conditions, therefore, their phone must be very resistant, but it is not something that reaches an industry standard, tested in real conditions.

But Ulefone does not give up, because it wants to prove to you that the Ulefone Armor 7 is one of the most rugged phones on the market. Because it also passed the MIL-STD-810G test. This standard was developed by the US military to test that its products can survive in real conditions for its soliders. Basically, it was only reserved for the US military and suppliers working with it, but gradually, the MIL-STD-810G came into the general public with companies like Ulefone which offered ultra-resistant devices.

Yes, that makes a big list. So, has the Ulefone Armor 7 passed all of its tests? No ! Because the MIL-STD-810G standard is a certification issued by official organizations, working for the US army. Quite frankly, they have other things to do than test smart phones. But Ulefone and other companies will take these tests and pass them through their own labs in a kind of self-certification.

There is marketing, for sure, but given the history of the brand that offers rugged phones, they are crazy enough to have passed this test. At the same time, a word of advice, this does not mean that you can put the Armor 7 in your shirt pocket, take a bullet in the heart and that the phone, and your heart by the way, is unharmed. I think you should avoid this kind of test.

In addition, the MIL-STD-810G standard provides reliability of 5 to 8 years for the life of the devices. However, the tests are for specific devices. Someone who dives will not need devices that can take an M16 bullet! But those are still the overall criteria that show that when you buy the Ulefone Armor 7, it’s a thing made to last.

A beast who also does photography

The Ulefone Armor 7 is not just a smartphone for a vacation in a war zone. He is also very good at photography. At the back, you have 3 cameras, 48 ​​megapixels, 16 megapixels and 8 megapixels, respectively. The main camera will provide you with crystal clear images while the second is optimized for night photography.

You also have the third one which will be responsible for long distance images. In the first two digital cameras, the Helio P90 processor will play its role fully, because the algorithmic assistance will allow you to take great photos in most conditions. It’s even a bit of a shame, because it’s a trend that we see in all brands like Huawei or Xiaomi. Monstrous digital cameras, but ready-to-use photography which is the opposite of the art of photography. On the back, you also have 5 flashes, 4 for photos and one for the flashlight

And of course, the Ulefone Armor 7 thought of instagramers and selfian narcissists, the frontal camera is 20 megapixels which is still significant. We will also have automatic options for portraits such as automatic cropping and correction of defects such as red eyes or spots. This will prevent you from looking like a backward teenager when you publish your first video on Youtube.

Speaking of video, the Ulefone Armor 7 lets you shoot in 4K with the rear camera and 1080P for the Selfie camera. Very correct and still amazing options, because today, most phones between the middle and the high end offer native 4K and increasingly advanced photography options. We saw in Umidigi’s Power 3 that it offered macro photography for a camera for less than $ 200.

Your steps and your heart in a Smartphone

We don’t know why, but Ulefone has integrated a pedometer and a heart sensor into Armor 7. Probably to measure your palpitations after you take a bullet and the phone stops it. Fitness measures are starting to arrive in smartphones, but these are gadgets for now. 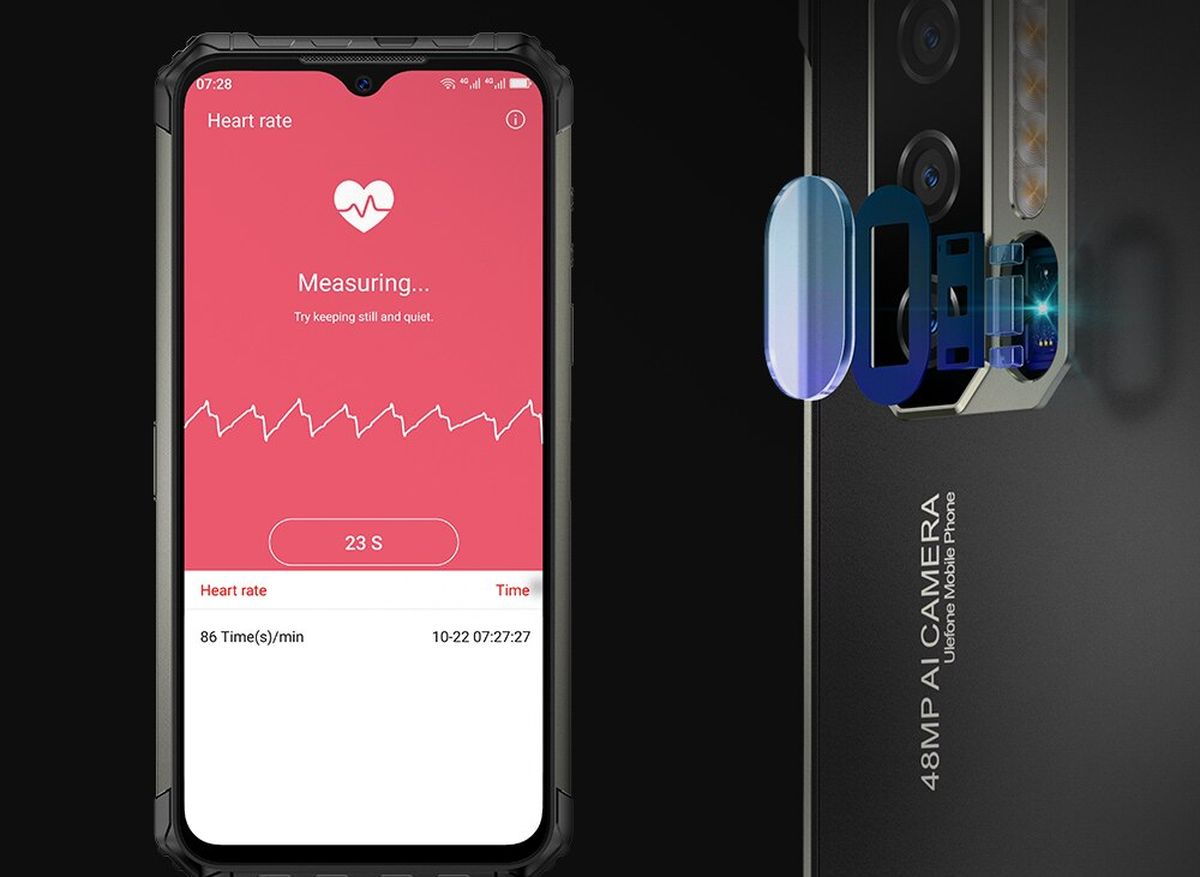 And anyway, the best way to tell if you’ve exercised enough is when you collapse in the middle of the road, your eyes haggard and drooling. There, we can say that we must lost weight.

Herculean autonomy for the battery

The Ulefone Armor 7 will not let you go down with its 5500 mAh battery. We know that today you have smartphones that exceed 6000 mAh. But this phone gives you the equivalent of 250 hours of standby time, 30 hours of music, 20 hours of calling, and 10 hours of video. 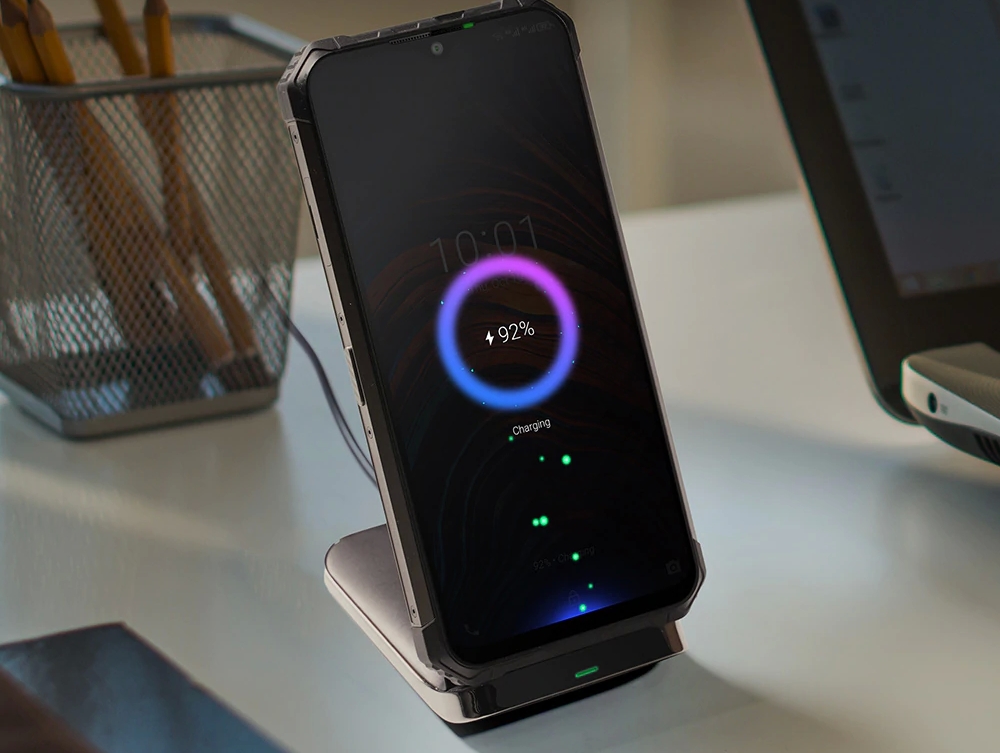 Again, these are conditions tested in the lab with each application, launched in mono. The autonomy will be lower if you have, like all users, 10 applications launched at the same time in the background and you are not even aware of it.

One option that we appreciate is that the Ulefone Armor 7 supports wireless charging by Qi standard. It does not provide the charger when you buy it, but you can find it at more than fair prices (around 25 dollars).

Another reason for putting artificial intelligence directly into the processor is to offer face recognition worthy of the name. Because yes, smartphones are often promoted with facial recognition, but it will work with your face or that of a transgender squirrel. 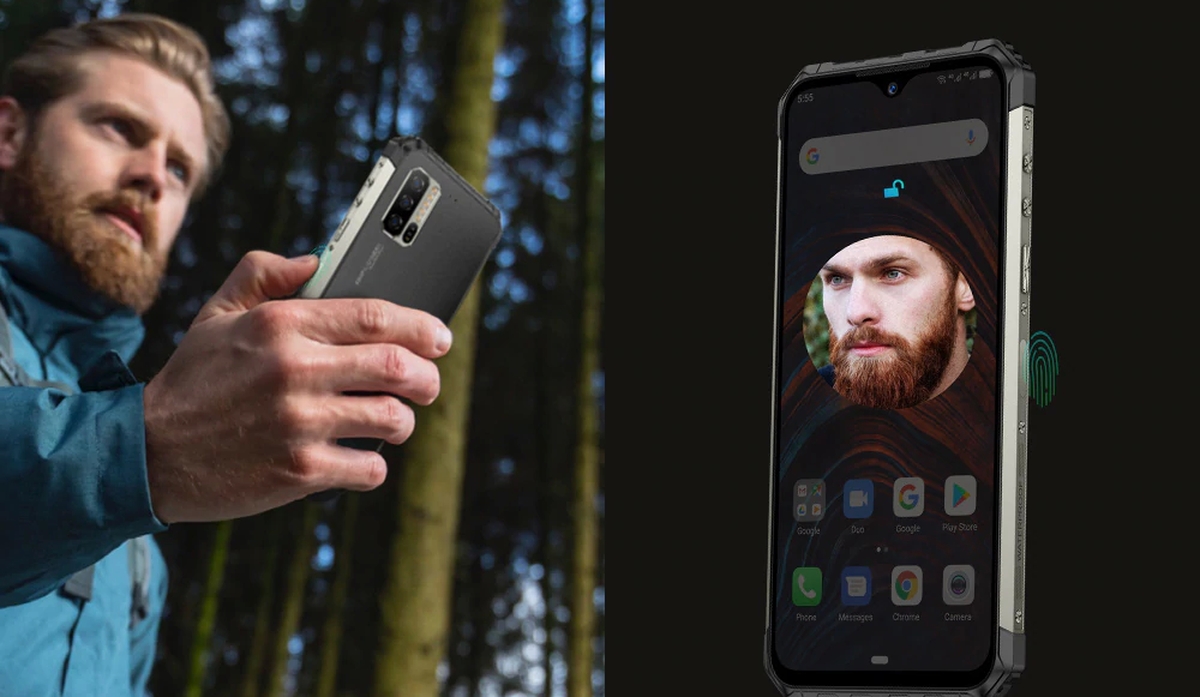 Ulefone played well with the fingerprint reader because it is located on the side, making it easy to use with excellent ergonomics. The brand claims that its phone can recognize your face in 0.2 seconds and your fingerprints in 0.1 second. You can register 5 different fingerprints and the facial recognition uses 512 detection points.

The Ulefone Armor 7 is equipped with the NFC standard which is perfect for contactless payments. This remains a basic option on many phones. But what we see in addition, is an attempt to break the monopoly of the American GPS. Armor 7 supports GPS, but also European Galileo, Russian Glonass and Chinese Beidou. 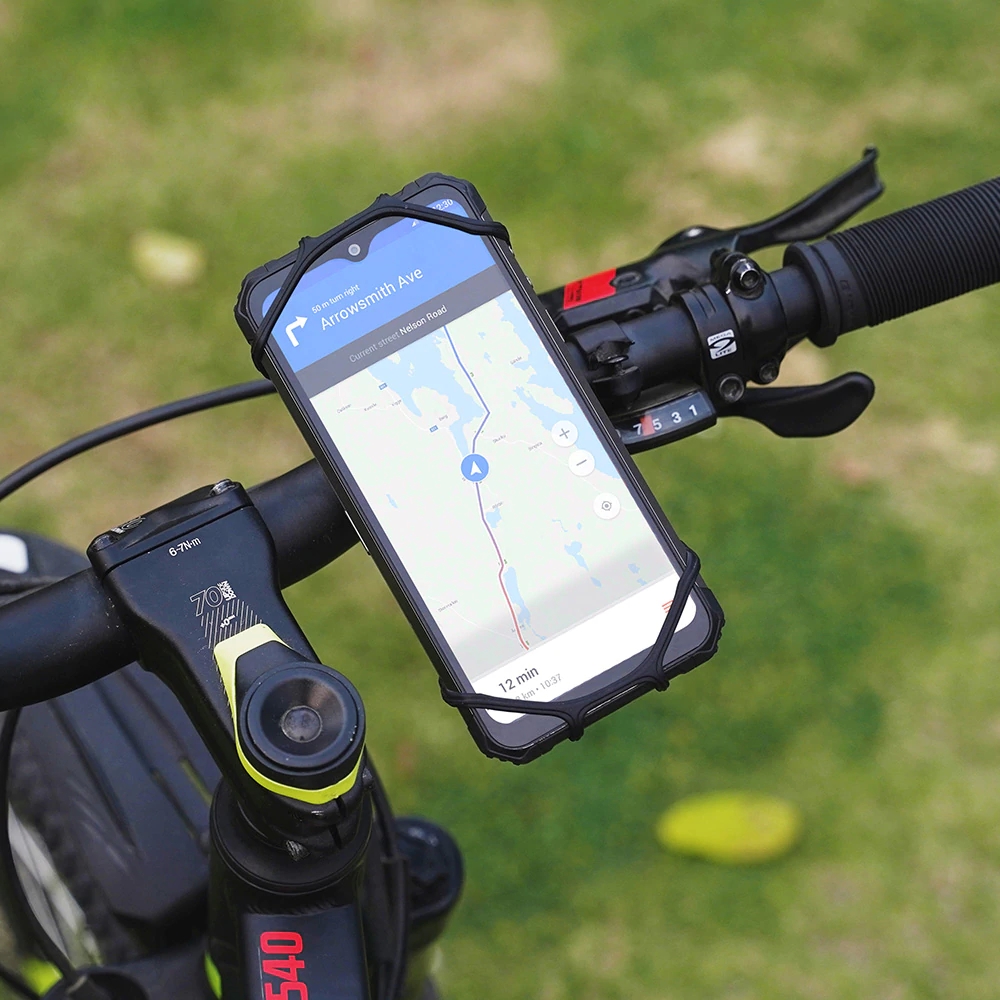 Note that the precision of these geographic locations are quite similar. And even that the Russkov Glonass offers better accuracy in certain regions of the world. In a few years, the GPS will be just another system like any other and that is rather good news.

The Ulefone Armor 7 was released around September / October 2019 and two bad news. The first is that it come with Android 9.0. We would have liked Android 10, even if it is only available since May 2019. 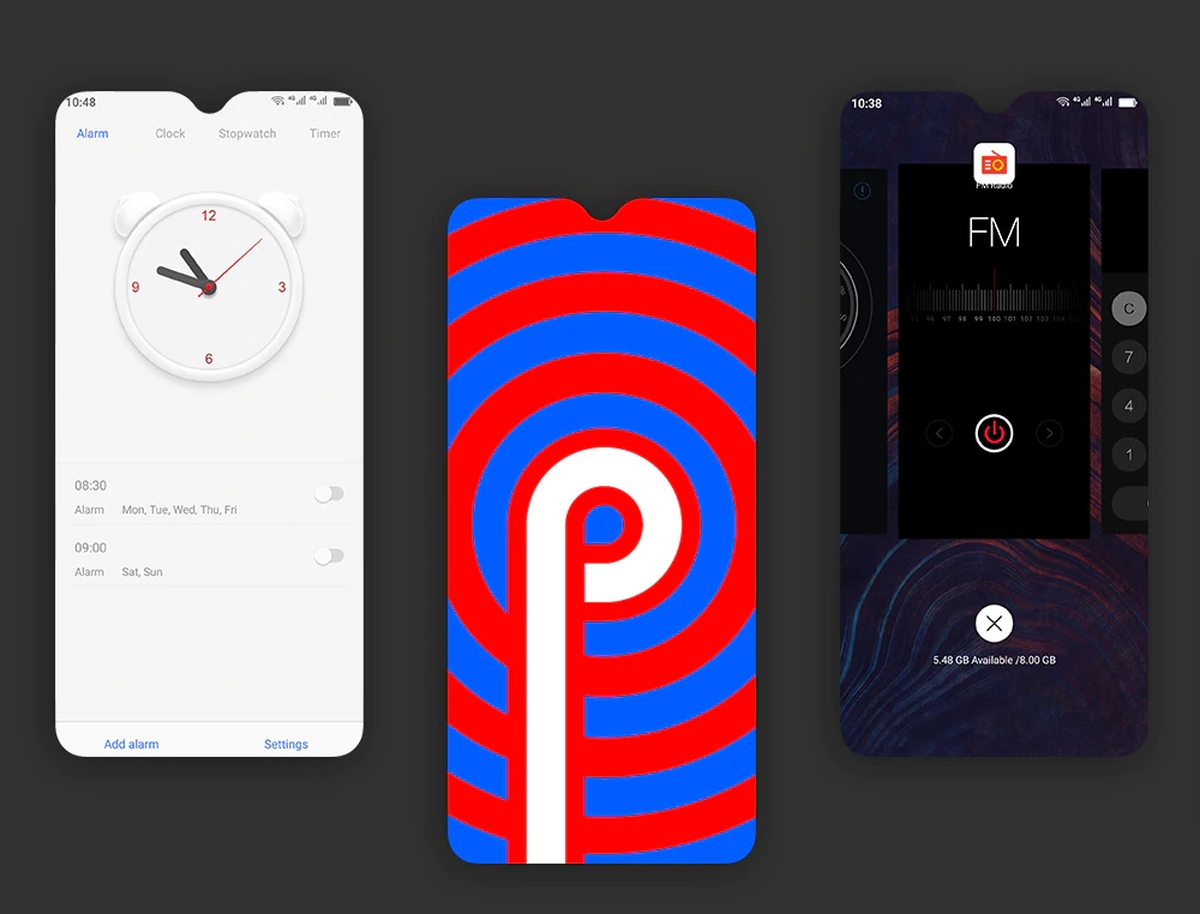 And the Armor 7 is compatible with 4G, of course, but we would have liked transient connectivity with 5G. But frankly, these are small details that we had to find to throw a flat on this Smartphone which remains excellent in all its aspects.

The Ulefone Armor 7 proves that the brand was right to exploit the niche of rugged phones. Smartphones are present in all sectors, but they are not suitable for all working conditions. Playing on waterproofness and robustness, the Armor 7 continues to delight those looking for durable smartphones, even if the price of 400 dollars is intended for the middle and high end. Even though it’s not the best known brand in Europe and US, I love Ulefone. 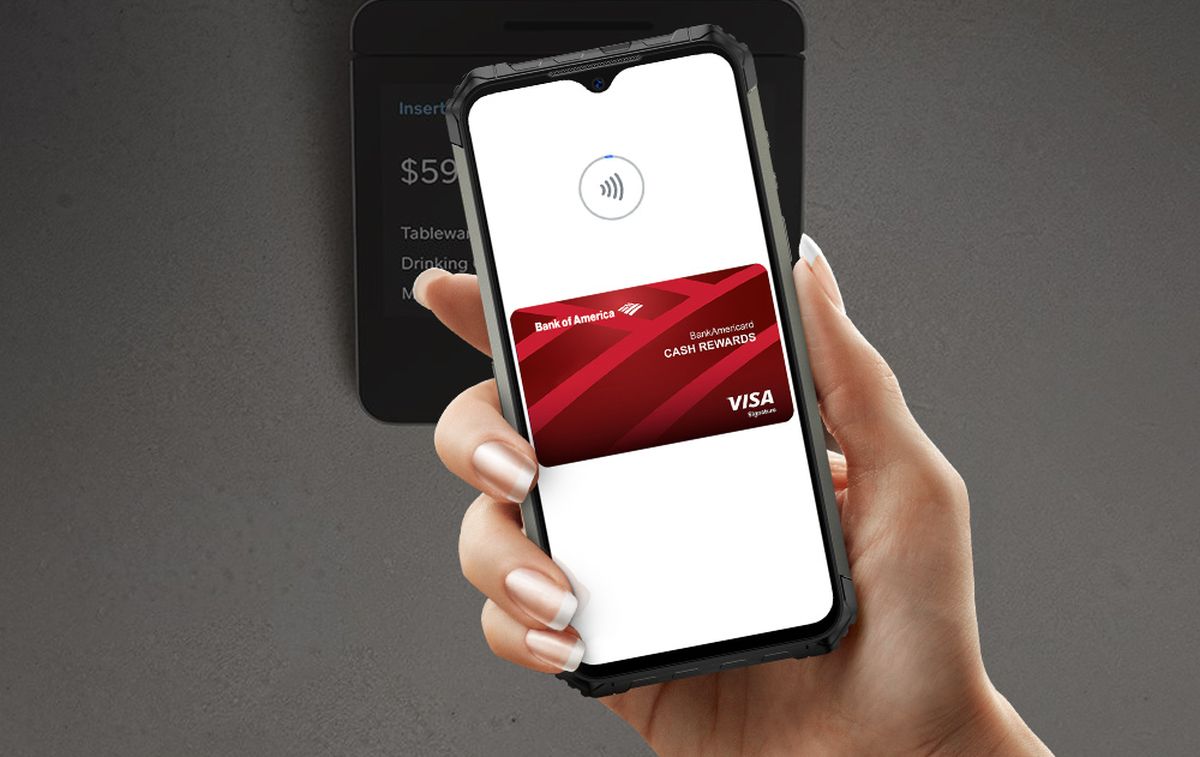 Because they break the trend of ultra-shinny smartphones, but whose durability is the same as the emotionality of a kitten that has just been born. It is strong enough to withstand most of the conditions we encounter in the vagaries of our lives.

The MIL-STD-810G or IP69K standard is a bit too much for me, because you can feel the marketing behind it, but if they do it, it’s because they trust their product. The photographic aspect is very neat with sensors that do the job to offer you resplendent images. Would i buy it? Without hesitation … if I could afford it. But I would use it as a secondary phone, because it is made for extreme conditions.