When you choose an SSD hard drive, we explain the differences between standards like SATA, M.2, NVMe and PCIe.

The SSD hard drive or the SSD standard in general has revolutionized computing in recent years. It’s not uncommon that adding an SSD can breathe new life into an old computer. But technology is advancing, and one of the criteria for that progress is speed. We want ever faster CPUs, GPUs, RAM and it is normal that the SSD hard drive has followed this trend. The SATA standard, which is the first version of SSD hard drives, is no longer sufficient for speed requirements. We now have barbaric acronyms like M.2, NVMe or PCIe. We explain all of this below.

Me, I come from an era of computing when we still had IDE cables and good big magnetic hard drives. It was cheap, but the slowness and frequency of faults made it the biggest strain on a computer. Knowing that an SSD hard drive does not last longer since electrical interference can damage it faster.

When SATA came in, we had three successive standards, SATA 1, SATA 2, and SATA 2 that lasted for years. While how storage is designed is important, speed depends on the interface. Basically, how to read and write data the fastest in an SSD hard drive. This is where the interface comes in. Below, the respective transfer rate of the 3 SATA standards compared to PCIe which stands for PCI Express.

To transfer data, you need lanes, and the more lanes the interface can use, the faster the transfer rate. This is common sense, but it is important to understand it.

PCIe was invented to break the glass ceiling of 600 Mb/s. Even if we see that PCIe Gen 2 is limited to 500 Mb/s, we see that the third generation largely exceeds SATA and that Gen 4 (which we called PCIe 4.0 appeared in 2017) allows to have almost the quadruple of SATA. PCIe was originally used for graphics cards, but later extended to all expansion cards. It’s only a question before it hits the SSD hard drive.

NVMe and PCIe, the two go hand in hand

NVMe (Non-Volatile Memory Express) is a communications driver standard. Basically, he is the one who will tell how to manage the communication between the SSD hard drive and the CPU. Before NVMe, we had the Advanced Host Controller Interface (AHCI) which has been around since the days of magnetic hard drives. Below is the speed difference between the two standards

We see that the NVMe is much superior. Since it communicates directly with the CPU, we have less latency and it’s much faster. And it can handle a lot more operations per second and it has more queues for orders. 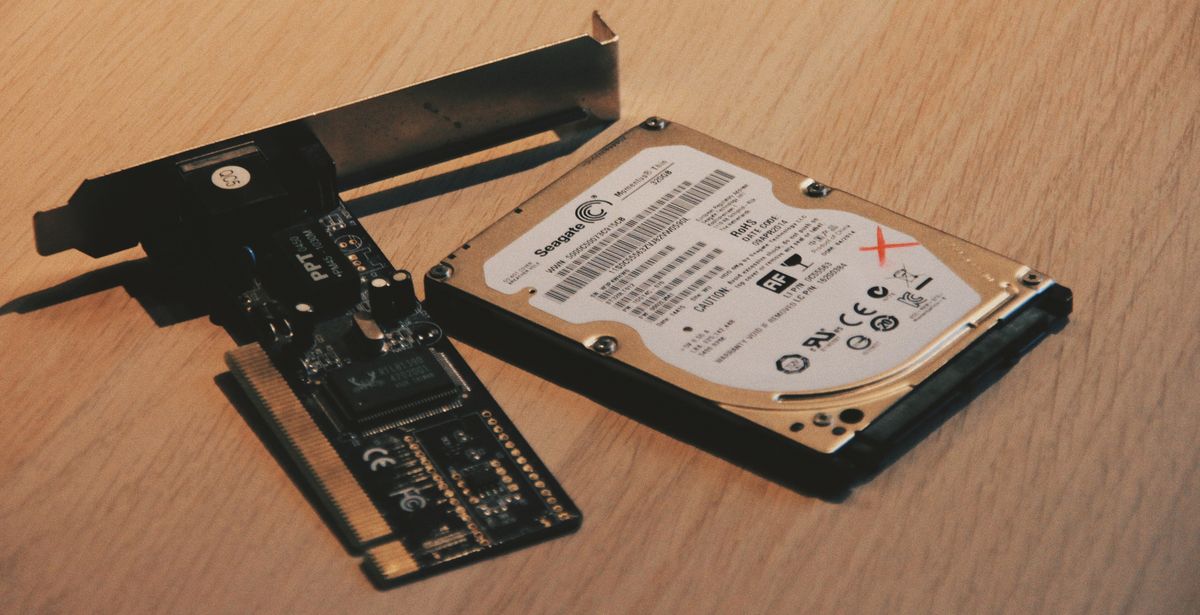 M.2 is one of the SSD hard drive form factors. Basically, the kind of format and how we will install it on a motherboard. There are two types of form factors, one that is SATA compatible and one that works exclusively with PCIe.

So what is the best choice of SSD hard drive?

The answer seems obvious, because the PCIe and NVMe pair seem to be the big winner if we want both compact hard drives with a transfer rate that is far superior to SATA. However, despite the fall in prices, the SATA SSD hard drive still has a bright future ahead of it, as it offers a lot on the ratio of gigabytes per dollar.

Today, you can find a good brand of 1TB SATA hard drive for around $ 50. For the same capacity in M.2, you will have to pay 80 and 100 dollars and more. So sometimes a price that is double depending on the brand. In general, we tend to recommend a hybrid configuration for today’s PCs. You put your operating system and the applications you use often on a 250 GB M.2 hard drive.

And the rest of your big files like games, videos, movies etc you put them in SATA hard drives where you can stack the terabytes without breaking the bank. Since the operating system will drive everything, putting it on a super-fast hard drive will be a real pleasure and a huge time saver.