We explain to you what DLSS is, a technology from Nvidia to have spectacular graphics in games without toasting your graphics card.

DLSS is often in the news when it comes to a new game coming out or a new graphics card. But what is this technology and why is it important for the future of games and graphics cards in general. Nvidia is one of the leaders in graphics cards, although AMD is catching up.

The need for DLSS with Ray Tracing

One of the spearheads of Nvidia is Ray Tracing which makes it possible to create spectacular effects in games with light, games, particles, etc. But the impact of Ray Tracing on the PC is like a scooter trying to pull a semi-trailer? It can row very quickly and your GPU will become a barbecue.

This is where DLSS comes in. This is a technology designed to allow you to have the best graphics without pushing the graphics card to its limits.

DLSS (Deep Learning Super Sampling) is an artificial intelligence technology that Nvidia has developed to help improve your PC’s performance even when you are using higher settings. The idea is to use less of your GPU by lowering the resolution of the original image and then using artificial intelligence to enhance that image to make it look like it is running at a higher resolution.

Imagine playing a visually stunning triple-A title at maximum settings on a 4K monitor, but the game is actually running at 1080p and then being AI scaled to 4K at the DLSS help. Basically, this means that you have the experience of gaming in 4K, but your PC is exploiting the gaming resources at 1080P. 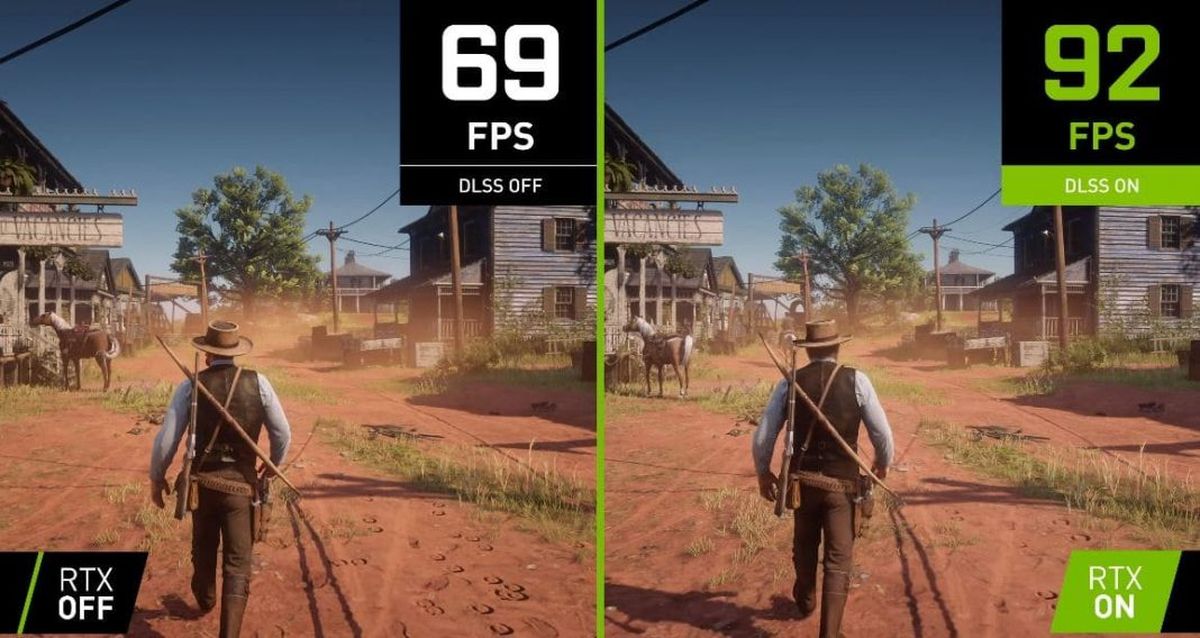 DLSS isn’t perfect, but it has improved over time and Nvidia now has several DLSS settings that include Performance, Balanced, and Quality modes. You can switch between these depending on your experience with Quality Mode providing the best visual enhancements while Performance Mode can help boost your FPS.

With DLSS, you can benefit from ray tracing without having to constantly strain the GPU. When DLSS launched, some claimed that it was just marketing and that the AI ​​illusion will not be enough. Arguably these “refractory gamers must have eaten their gaming keyboard when they saw DLSS in action in a game like Cyberpunk.”

Cyberpunk 2077 was a gas factory when it first launched. Even with a beefy PC and an RTX 3080, you had 20-30 FPS in non-DLSS mode. Enabling DLSS has doubled those FPSs and a much smoother experience.

However, it is not yet perfect. In Performance mode, you might notice some degradation in overall visual quality depending on what you’re playing. Slight blurring may occur compared to using 4K with DLSS disabled. For the most part, the technology works well and the tradeoff is worth playing around with.

What games are supported by DLSS

When DLSS launched, only a few titles supported it and you couldn’t run it on anything. Today, DLSS has been enhanced and released as DLSS 2.0. Nvidia has also tried to make it more accessible to developers so that it does not need to be trained on particular games in order to give the best performance, but rather can be more widely integrated into as many games as possible.

DLSS is also supported by Unreal Engine 4 and will also work with Unity 201.2, which means it will work with the most commonly used game engines and a wide range of games.

The list below is not exhaustive (September 2021) and you can consult the new games supporting this technology on the Nvidia website.

So if you have a recent graphics card and in your games settings you have the option to enable DLSS then do so you won’t regret it.