What is AMD FidelityFX Super Resolution?

The announcement of AMD FidelityFX Super Resolution was not a surprise at Computex 2021 since the first versions were already appearing in 2019. AMD finally offered its response to Nvidia’s DLSS, but if the green team chose Deep Learning to improve the resolution, the red team chose the approach of “Instagram filters”. And while that might sound pejorative, that’s the point of FidelityFX Super Resolution.

But there are a lot of chicks who have become queens one day with Instagram filters, why can’t AMD do the same with greedy video games, running on small configurations?

What is AMD FidelityFX Super Resolution?

The AMD FidelityFX Super Resolution will serve the same purpose as DLSS. But while DLSS uses the Deep Learning approach, FidelityFX uses a pass system to process the image, to give it a higher resolution than it actually is. For example, you want to play a game in 1440P and you have AMD FidelityFX.

What the latter will do is that it will take the image in 1080P, will go through several stages of processing and in the final rendering, you will have the impression of an image of 1440P whereas it is of 1080 You will have your great graphics, but your map is not going to howl in hell.

And again, to explain it to newbies, it’s the same as Instagram filters. Even if you take a crappy picture with your phone, because you are too broke to buy a 1000 bucks model, the Instagram filter will improve the picture as much as possible. Obviously, if you’re a jerk in the photo, well, technology can do a lot of things, but no miracles. 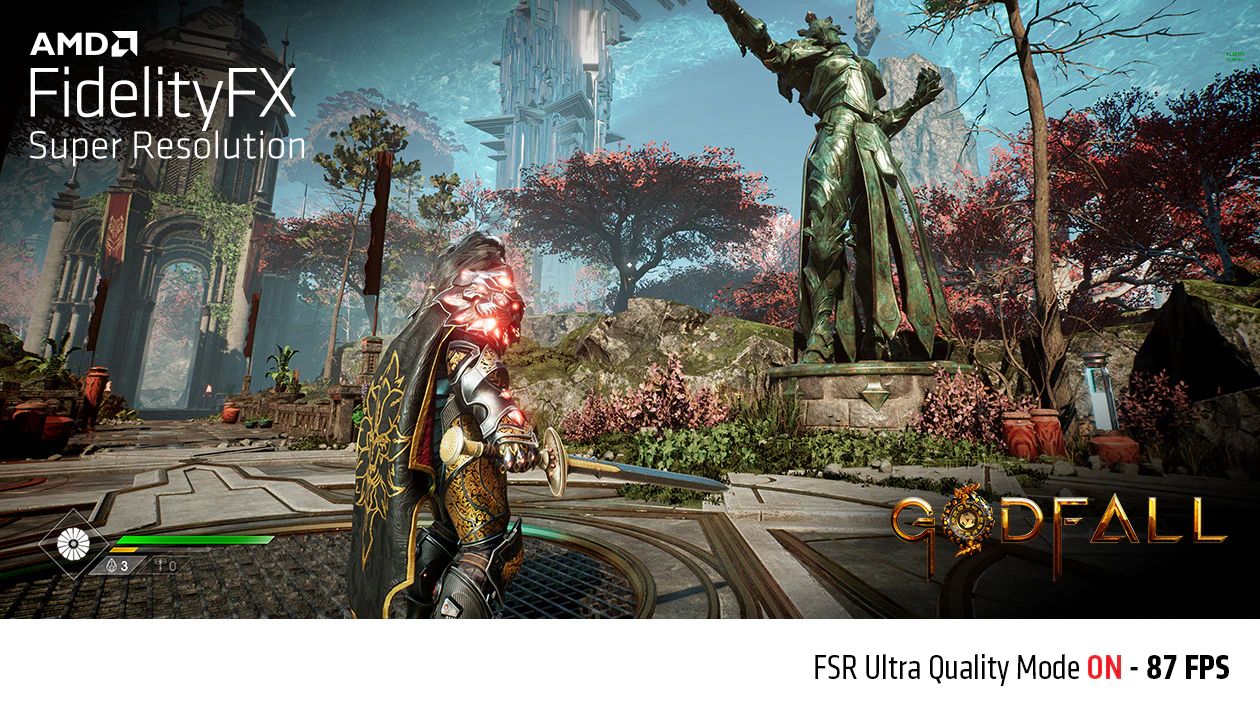 Technologies like AMD FidelityFX Super Resolution and DLSS are becoming indispensable. And we could even say that the manufacturers of graphics cards are playing pyromaniac firefighter since it is a duopoly. We are witnessing an eternal deadlock in the race for increasingly greedy graphics cards and video games. These cards are getting more and more expensive. 10 years ago a high-end card was only $ 400, today it is over $ 1500.

And if we add the silicon shortage, then we have cards at 2,500 dollars and we even have to queue to get one! Knowing that you also have other queues where people beg for food at food banks while they have jobs and pay their taxes. Strange times!

The difference between AMD FidelityFX and DLSS from Nvidia?

The difference between FidelityFX Super Resolution and DLSS is how the two technologies enhance images. Nvidia uses Deep Learning which is very efficient, but very expensive. He needs to analyze billions of images to find the necessary optimizations and apply them in real time. AMD FidelityFX is much more flexible.

The green team decided to go through different phases of treatment. Each treatment improves the image differently like an Instagram filter. So when we talk about Super Resolution, we are talking about a specific treatment, but you have others. It is especially the Super Resolution which is known since it boosts the performances by having a high resolution.

AMD FidelityFX, open to everyone

And the second big difference from AMD FidelityFX Super Resolution is that AMD has decided to do everything in Open Source. And this is not outright philanthropism, but intelligent calculation. With Nvidia, it is the latter who must control everything for DLSS to be implemented by game publishers. It takes time, money, and in short, it’s not flexible at all.

By making FidelityFX open source, AMD is passing the ball to developers, who need to make sure they embrace the technology. But AMD hasn’t done things by halves, it’s not just a pale copy of DLSS. We have all the code that is available, but also the number of graphics cards supported by the AMD FidelityFX is impressive.

Graphics cards that are supported by AMD FidelityFX Super Resolution 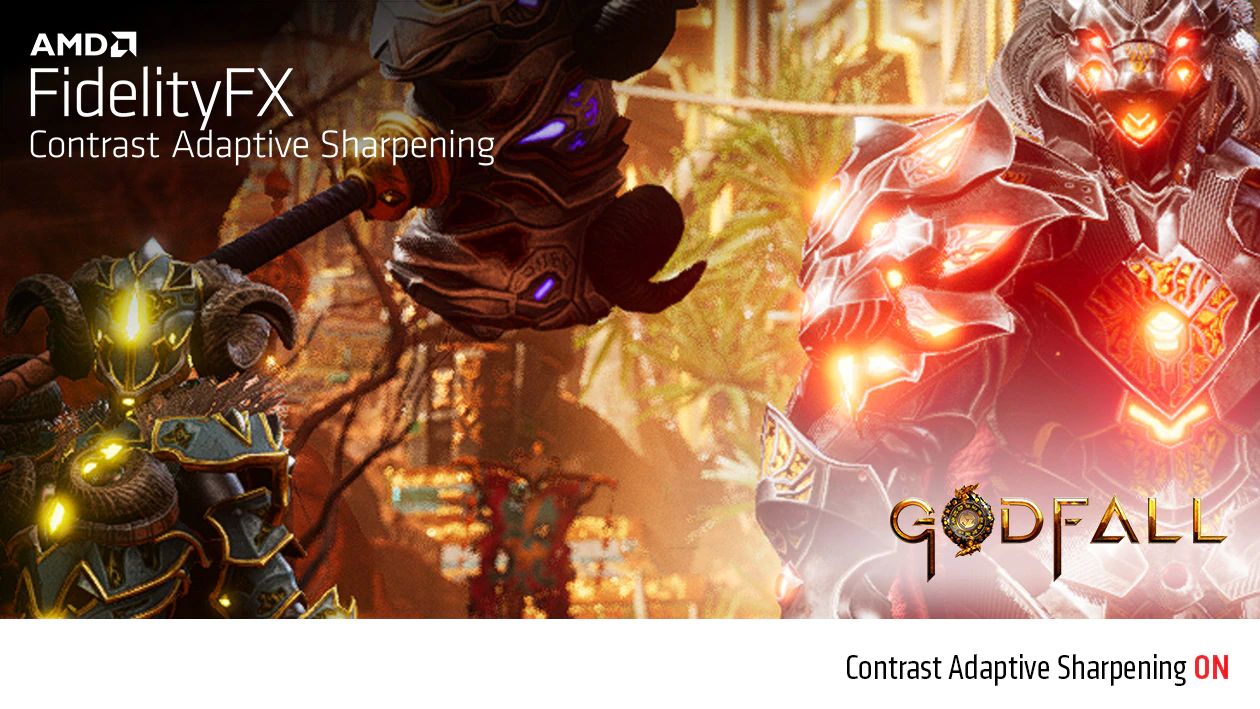 The 4 modes of FidelityFX Super Resolution

This means that if you have an old PC, but your graphics card supports FidelityFX Super Resolution, you can try the Performance mode which will focus on boosting performance at the expense of graphics.

How does the AMD FidelityFX Super Resolution work?

AMD FidelityFX Super Resolution is a “shadow-based” scaling technique that is performed at the end of the render pipeline. It takes an image rendered at a lower resolution than the native resolution set by the player and performs two passes to improve its visual quality so that it is closer to native resolution.

The first pass is an edge reconstruction scaling algorithm, which attempts to recreate the image as if it were a higher resolution than it is. The second pass, of secondary sharpening, then adds additional clarity to the image.

As with DLSS, FidelityFX is most efficient when the scaling algorithm has more information to work with at higher native resolutions. However, FSR can perform well at 1080p or even lower resolutions, potentially allowing some older graphics cards to support games that would otherwise have been impossible to run.

The different filters offered by FidelityFX 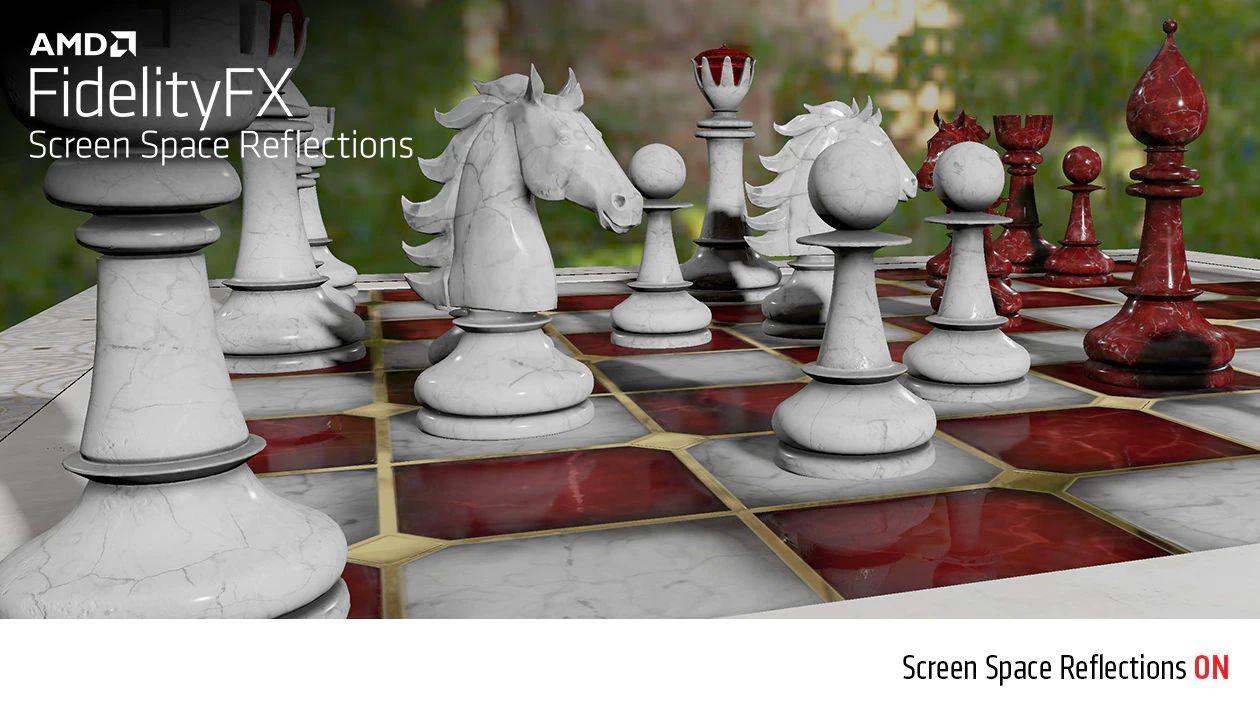 Super Resolution is just one of the tools offered by FidelityFX. You also have :

Below you will find a list of games that have been optimized for AMD FidelityFX Super Resolution. This list is not exhaustive (September 2021) and is expected to expand over time.

Who will win between DLSS and AMD FidelityFX Super Resolution?

The green and red teams are fighting all over the internet to say their technology is the best. But basically the only question is whether the end user will benefit from these technologies. We must not forget that these techniques are patches in order to hide the technological impasse and the incessant race between graphics cards and increasingly greedy games.

Nvidia’s approach with DLSS is to control the whole process from start to finish, the results are spectacular since developers are forced to do what the green brand wants. On the other hand, AMD advocates opening all horizons, but if the developers drag their feet or implement the technology poorly, then it will be catastrophic.

When you create a project, you always have to give great sparks at the start and then pass it on to Open Source to improve it. Giving everything to Open Source is a risk without forgetting that the load is shifted to game publishers who must optimize for both technologies.

On paper, the AMD FidelityFX Super Resolution is more interesting, because it is supported by almost all graphics cards on the market whether they are from Nvidia or AMD. We will have to see in a few years to see what approach will be adopted by the video game industry, which will be the sole master and judge.