What is Dual channel RAM? Is there a difference in performance? How to check and activate the Dual Channel? We explain everything.

Dual channel will be one of the main things a PC enthusiast will watch if they are making videos on Youtube or whatever. In fact, it will look at two things with the memory, if XMP is enabled and if the memory is in Dual mode. But why is this important?

What is RAM Dual Channel?

The Dual Channel of RAM doubles the rate of data transfer between CPU and memory. RAM communicates with the CPU through a memory controller. In standard mode, it uses the Single Channel, ie a single transmission route. Except that most modern processors have two 64-bit (128-bit) channels to communicate with memory.

If the CPU and memory support dual mode, but you have not enabled it, then the memory will use a single “route” to transfer data. And it can impact performance in games, but it also depends on whether it’s an Intel or AMD processor.

How to check if your RAM is in Dual Channel?

The easiest way to check if you are using Dual Channel RAM is to use the CPU Z software. In the Memory tab, you will clearly see in the Channel field if it is Single and Channel. You can also see it in BIOS, but CPU Z is easier. 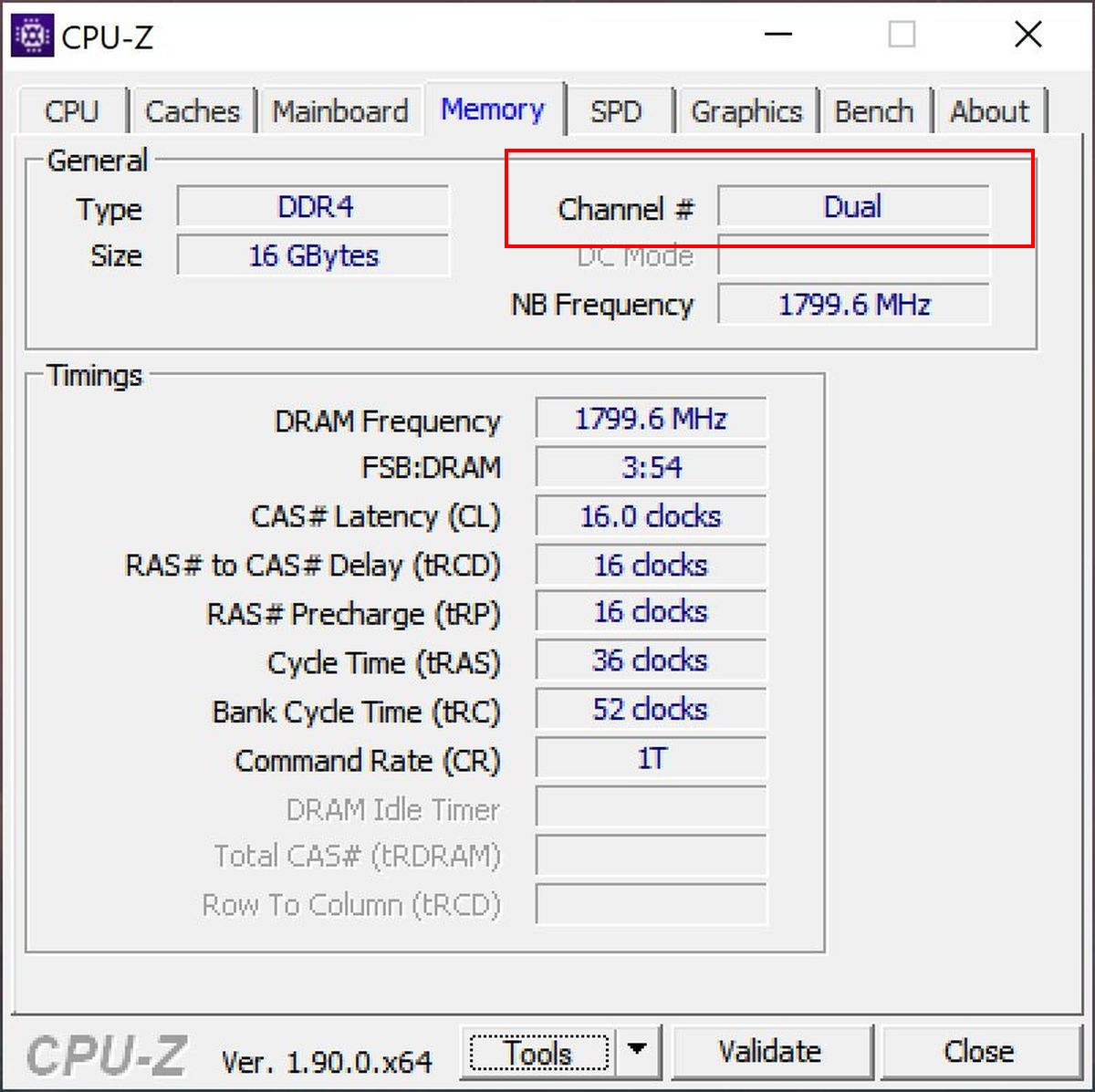 How to activate the Dual Channel?

If your motherboard has two RAM slots and your CPU supports Dual mode, it’s just a matter of putting two RAM sticks in to fill all the slots. But it’s when you have 4 slots that it gets tricky to activate Dual mode. Indeed, because you have to put the sticks in a certain order for the Dual Channel to be active.

In general, motherboard manufacturers will put colors to indicate the priority slots in which you must insert your two sticks to have the Dual Channel. In other cases, you will have star icons. This is still fairly easy as long as you know the specifications of the memory card. In addition, your motherboard manual should also explain how to install your two RAM modules. 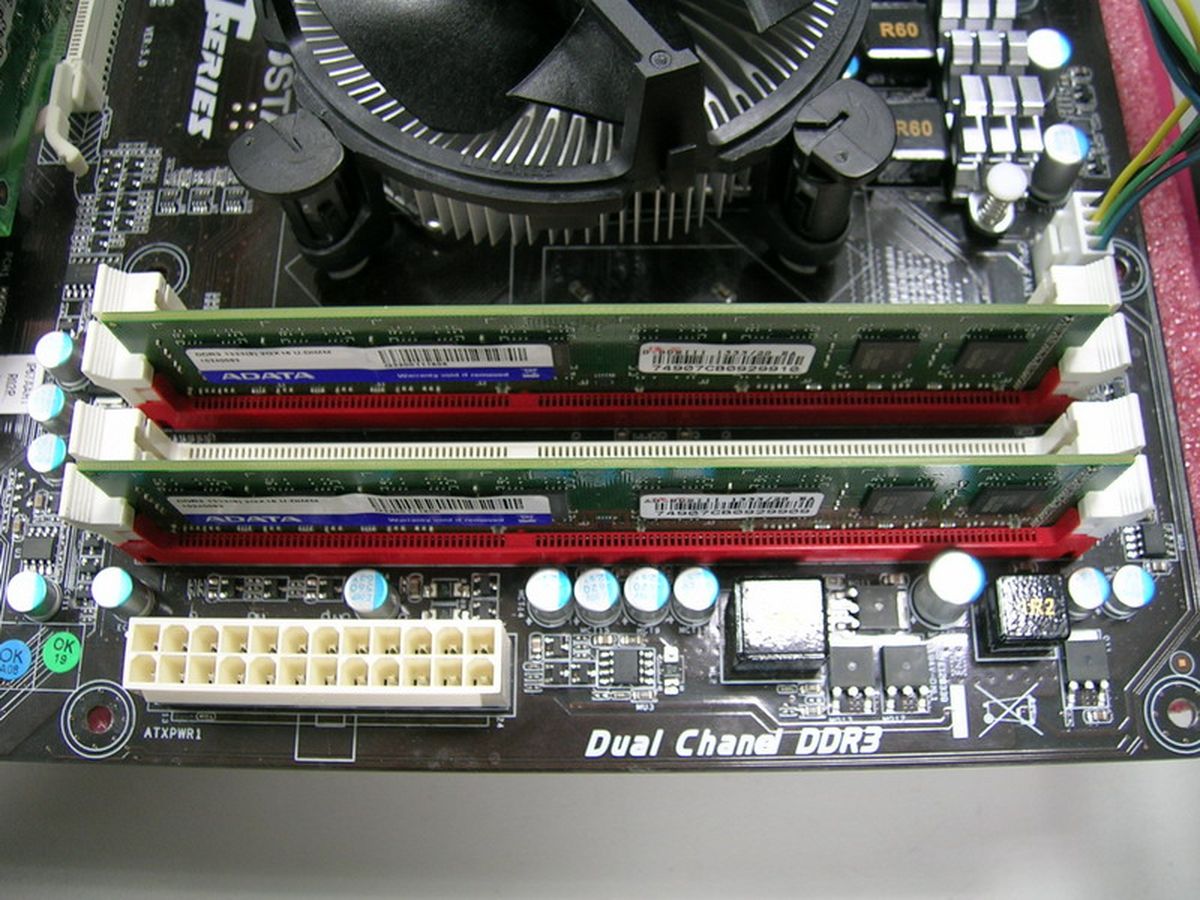 Here, an example of a Biostar motherboard to install two RAM modules in Dual Channel.

Once you put the bars in the correct slots, you don’t have to do anything. The BIOS will automatically detect it and the Dual Mode Channel will be active.

What about the Quad Channel?

Dual Channel is just a variation of multi-channel memory. You can have Quad Channel, but also 6 or even 8 channels. In contrast, the Quad Channel and above are more dedicated for workstations and servers. In fact, there aren’t many mainstream processors out there that support the Quad Channel.

The processors of the Threadripper range, dedicated to workstations, can support up to 8 memory channels, ie octo-channel.

But does it bring a real plus to enabling Dual Channel in games? The difference is not significant when looking at Intel processors. Intel has a different way of managing memory and therefore, we don’t really see a major performance gap in the tests.

On the other hand, it is much more obvious on Ryzen. In fact, the difference in performance can range from 10 to 20% depending on the games and graphics settings. So if you have a Ryzen processor, don’t worry and activate Dual mode directly.

At one time, cost was a reason to hold back the use of Dual Channel. Obviously, an 8 Gb stick cost less than two 4 Gb sticks each. Today, you can have two stick for a total of 16 GB for around 75 dollars. Already 16 GB is a good basis for a gaming PC, you will also have the Dual Channel.

For the RAM frequency, we recommend a minimum of 3000 Mhz, as that is the norm today. The most popular strip kits are at 3200 Mhz which is more than enough for excellent dual channel performance.